A Mississippi man admitted Friday to murdering a young woman whom he had dated after she told him she may be pregnant and ignored his insistence that she get an abortion.

The Oxford Eagle reports Brandon A. Theesfeld, of Fort Worth, Texas, pleaded guilty in court to first-degree murder in the death of 21-year-old Alexandria ‘Ally’ Kostial.

Kostial’s body was found July 20, 2019, near Sardis Lake, Mississippi; she had been shot multiple times with a gun, according to police.

Some believe Theesfeld’s motive may have been linked to Kostial believing that she was pregnant and refusing to have an abortion. Reports about the crime mention a possible pregnancy multiple times and some of Kostial’s friends said she was pregnant, but LifeNews could not find details from an autopsy or news reports that confirmed the pregnancy.

Theesfeld and Kostial met when they were students at the University of Mississippi, and they had an on-again, off-again relationship, assistant district attorney Mickey Mallette told the court.

LifeNews is now on GETTR. Please follow us for the latest pro-life news

In April 2019, Kostial told Theesfeld that she thought she might be pregnant and asked to meet him, according to court testimony. Mallette said investigators found that Theesfeld did several searches online for abortion pills and abortion facilities around that time.

Here’s more from the report:

On July 12, Theesfeld informed Kostial through text messages that he did not want to talk and that she should just get an appointment and that talking wasn’t necessary.

On the same day, Theesfeld left [Mississippi] for Dallas-Fort Worth area where his father, Daniel Robert Theesfeld, lived.

Two days later, Theesfeld posted a photo on social media of a Glock model 22 .40 caliber pistol with the caption, “Finally taking my baby back to Oxford.” According to the evidence presented, the pistol was purchased by Theesfeld’s father.

When he arrived back in Oxford, Mississippi, he sent multiple messages to Kostial asking to meet her, according to the report.

In the early morning hours of July 20, authorities said Theesfeld took Kostial from her home to Sardis Lake where he shot and killed her. Authorities presented cell phone GPS data from both their phones showing them traveling from Kostial’s residence to the lake and then back to the city.

Kostial’s body was found around 10:30 a.m. that same day, according to police.

A few days later, police arrested Theesfeld at a gas station in South Memphis; he later was charged with capital murder.

On Friday, a statement from Kostial’s mother was read in court, the local news reported.

“I wish I could have kept her away from this evil, callous, scheming, ungrateful, sinister and violent and corrupt monster,” her statement read. “He had every opportunity to do good in the world, but he chose to do evil. Brandon, you belong in jail each day for the rest of your life for the heinous act you committed to such a sweet soul in Ally.”

Theesfeld also read a statement apologizing for murdering Ally, according to the report.

Abortion and abuse frequently are linked, and for many women, abortion is not a choice at all. Some are pressured or forced by abusers to abort their unborn babies, while others are abused or killed for trying to protect their unborn children from violence.

As LifeNews previously reported, one study found that 64 percent of post-abortive women said they felt pressure to have the abortion.

Several studies also have linked domestic violence to abortion. In these cases, some women were forced or pressured by partners into having abortions, while others believed having an abortion would help them escape abuse. A 2011 study in the journal “Obstetrician and Gynaecologist” found that almost 40 percent of the women seeking abortions had a history of physical abuse and relationship issues.

LifeNews has been keeping track of reports involving allegations of forced and coerced abortions, as well as abuse connected with women who refuse to abort their unborn babies.

Brazil – Pregnant Woman Set on Fire, Killed After She Refused Boyfriend’s Demand to Get Abortion

Michigan – Man Convicted of Assaulting His Pregnant Girlfriend, Trying to Abort Her Baby

Michigan – Man Charged With Raping Teen, Choking Her Until She Blacked Out Because She Refused Abortion

India – Police: Former Officer Rapes Teen Girl, Then Forces Her to Kill Her Baby in an Abortion

India – Teacher Rapes 13-Year-Old Student, Then Forces Her to Have Abortion

England – Pastor Raped Multiple Women and Children From His Congregation, Forced Them to Have Abortions

Wales – Man Accused of Brutally Strangling His Pregnant Girlfriend, Demanding She Get an Abortion

England – Man Allegedly Tries to Force Girlfriend to Abort Their Disabled Baby: “It Would be Cruel to Have a Baby Like That”

Indiana – Teen Kills Pregnant Girlfriend After She Waited Too Long to Get Abortion: “I Took Action, I Took Her Life”

Tennessee – Man Kills Girlfriend and 4-Month Old Baby, She Refused to Abort So He Could Escape Child Support

Pennsylvania – Abortion Doc Allegedly Tried to Force His Girlfriend to Abort Their Baby, Then Beat Her When She Refused

England – Man Jailed for Tying Up His Girlfriend, Forcing Abortion Drugs Into Her Vagina 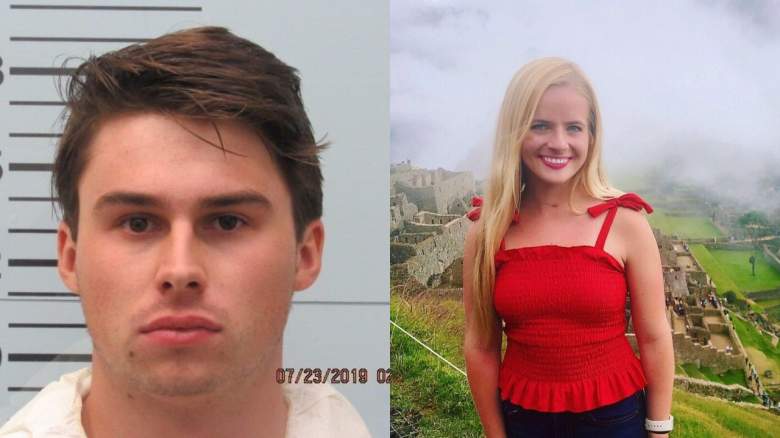