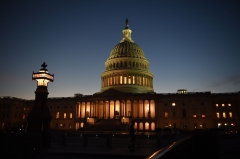 Despite the Afghanistan disaster dominating global headlines, American policymakers don’t seem to realize that they just lost a war. After Washington devoted two decades to, endured tens of thousands of casualties for, and spent trillions of dollars on its Afghan creation, the Islamic Republic of Afghanistan melted away in less than two weeks.

The rapid and complete collapse destroyed any illusions of U.S. competence in and commitment to social engineering around the world. The belief that Washington can reorder other societies with barely a nod to differing cultures, histories, ethnicities, religions, geographies, traditions, and more now looks delusional. Yet the same people who concocted and promoted the Afghan misadventure now fill Washington, D.C. with advice on what needs to be done next.

The immediate problem is saving those who want to leave. No doubt, Washington blundered badly putting evacuation of Americans and Afghan friends last, after the military exited. The Trump administration should have repaired a broken visa process while negotiating the war’s end with the Taliban, but that president and his officials appeared to hate immigrants, even those who viewed the U.S. as a beacon of liberty. Some Trump supporters now oppose accepting people who supported America’s military mission for years.

At least Donald Trump’s irresponsibility was predictable. The Biden administration should have recognized the urgency of streamlining the visa process, which could have been accelerated while deciding on policy. People then could have begun flying out on commercial flights before Biden removed U.S. troops.

After the Taliban’s unexpectedly quick victory – it took only 11 days from the fall of the first provincial capital to Kabul’s capitulation – the latter’s airport became the only portal to the West outside of direct Taliban control. However, the insurgents rule the newly conquered capital’s streets as well as ground routes in and out of the city. Mix thousands of fearful American and allied nationals and tens of thousands of desperate Afghans who worked for allied governments, Western aid agencies, media organizations, and private businesses, all desiring to flee, with panicked residents and newly victorious insurgents, and you get FUBAR multiplied.

Although the new regime has no reason to stop Americans from leaving, it has little inclination to be solicitous of the departing enemy. Moreover, despite making promises of moderation, victorious rebels have taken advantage of their opportunity to wreak revenge on those who worked for years to thwart their efforts. Hence Taliban checkpoints around the airport are a major barrier to escape, especially for Afghans.

Alas, the architects of 20 years of war in Afghanistan now are offering advice on how to rescue American citizens and Afghan friends. Some hawkish observers urged the administration to forcibly clear a path to the airport. However, it sits amid a city of more than four million – before the influx of recent refugees. Those wanting out would still have to get to any protected corridor through even more hostile and violent Taliban fighters. Worse, absent Taliban cooperation, the administration would have to prepare for a full-scale battle, with a massive military buildup in a city controlled by its adversaries. However difficult it is to work with the Taliban, fighting through them would be much worse.

Once U.S. troops finally depart, what will Washington attempt to do next? Policymakers already are debating what benefits and threats to employ to shape the Taliban’s behavior – essentially insisting that the new victors abandon religious beliefs animating their military campaign for more than a quarter century. The Taliban might welcome recognition and aid but are unlikely to sacrifice the movement’s raison d’etre for them. In particular, irrespective of what the West says and does, Afghanistan under the Taliban will not be a model of liberation for women.

Even more otherworldly are proposals to make Kabul’s regional neighbors act as the U.S. wishes, such as helping Washington to continue to wage war, if necessary. Such talk suggests that the U.S. had just captured, rather than deserted, Kabul, and was prepared to dictate terms to a defeated world.

Alas, that isn’t what happened. Nevertheless, President Joe Biden is besieged by the endless War Party which has never found a conflict that it didn’t want other Americans to fight. Perhaps its fevered demands for action reflect embarrassment at Washington’s grandiose failed ambitions.

Of course, bases in Central Asia would be useful, and Washington used facilities there in the past. However, the world has changed. These countries will be wary of hosting the American military, especially given Washington’s increasing tendency to fantasize that such bases could be used against other U.S. adversaries, especially China. Indeed, the assumption that Beijing’s neighbors would allow America to use their territory to wage war against their neighbor is borderline deranged.

The People’s Republic of China no doubt noticed proposals in Washington to hold Bagram Air Base for use against Beijing. Beijing’s opposition to U.S. facilities elsewhere in the region is a given. China regularly uses commerce to advance political ends. And with regional economic ties eclipsing those of both America and Russia, the PRC could retaliate against countries which forged closer military ties with Washington.

Although Moscow originally aided American counter-terrorism efforts after 9/11, U.S.-Russia relations have since crashed. So the Putin government, which remains influential in states that were part of the Soviet Union, also likely would oppose new American military facilities. Indeed, Moscow’s regional role appears to be on the upswing. The latter does not physically border on Afghanistan, but the Putin government responded to the “recent unpleasantness” by moving forces into Tajikistan, which sits next door and is worried about the consequences of the Taliban victory. “Secure, dependable places to work from” for the U.S. are likely to end up in short supply.

Getting “Pakistan to act responsibly” is a reasonable goal. Alas, this has been America’s objective for years, decades even. Many of the region’s current problems result from Islamabad ostentatiously rejecting Washington’s injunctions. For instance, Pakistani military intelligence is widely believed to have aided the Taliban despite America’s 20-year Afghan campaign. However, the U.S. has little leverage. Islamabad, triumphant in Afghanistan, backed by Beijing, and recognized nuclear power by all, has no reason to make major concessions to Washington. Islamabad may urge the Taliban to moderate its Islamic convictions, but for Pakistan’s, not America’s, purposes.

Even more fantastic would be attempting to boss China and Russia around in their shared neighborhood, forcing them not to engage in “malicious meddling.” No doubt, Washington wishes to prevent such behavior everywhere on earth. However, that has been difficult enough to achieve in Latin America, the U.S. backyard. For instance, Moscow has had a long relationship with Cuba and been active elsewhere in Latin America. Beijing has expanded its economic ties throughout the region, including with Washington’s bete noire Venezuela.

Moreover, China and Russia both directly compete with the U.S. politically, militarily, and economically in Africa, Europe, and the Middle East, as well as Latin America. In Washington’s view, China and Russia are guilty of “malicious meddling” most everywhere. Yet they refuse to change their conduct. As for Central Asia, far closer to those countries than the U.S., China and Russia probably view, with justification, Washington’s role in Afghanistan – spending decades waging war and killing people – as “malicious meddling.” To demand that America’s major rivals conform to U.S. dictates would garner hysterical laughter from both powers and embarrassed silence from others in the region.

Indeed, the worst thing for the U.S. and Western nations would be to display further ineffective hubris toward Beijing and Moscow. America’s relations with both Russia and the PRC already are fraught. Pushing them closer together yet again would be a major goal on its own. Such demands certainly would go unfulfilled, further discrediting the Biden administration and undermining its credibility, which would set off another round of hysteria in Washington.

Nevertheless, Carafano’s tone remained upbeat. He argued: “The Biden administration may have shot itself in the foot, but that’s no excuse to sit there bleeding. Let’s fix this.” However, he offered no means to do so. These days American strategy appears increasingly based on magical thinking. If only Washington policymakers imagine life as they believe it should be, all will be well.

Even at its most powerful, the U.S. could not expect to dominate every square inch of earth. After leaving Afghanistan, Washington is not going to come anywhere close. Attempting to do so will only lead to greater problems. America has lost a war. It is time for U.S. policymakers to learn from their mistakes.

Doug Bandow is a senior fellow at the Cato Institute, served as a special assistant to President Ronald Reagan, and has authored a number of books on economics and politics. He writes regularly on military non-interventionism.