Ernie Gawilan is a fighter.

The 30-year-old champion swimmer made a name for himself after competing in the 2016 Paralympics and becoming the first Filipino gold medalist at the Asian Para Games in 2018. Now, he’s in Tokyo for the 2021 Paralympics, where he will compete and carry his country’s flag in the closing ceremony. But Ernie’s first win came in 1991, when he survived an attempted abortion that left him with no legs and an underdeveloped left arm.

“I must have been a good swimmer even in my mother’s womb because I survived the abortion. I just swam,” Ernie joked with SPIN.ph during a 2014 interview.

The site reported that Ernie’s mother sought an abortion in an attempt to hide her pregnancy. He survived – though his troubles weren’t over yet. According to SPIN.ph, his father abandoned him, and, when he was just 5 months old, his mother died of cholera.

But his story doesn’t end there.

Ernie’s grandparents welcomed him into their home. Growing up wasn’t easy, and he endured bullying and ridicule for his appearance, Manila Standard reported. His life changed when a businessman noticed him – and persuaded his grandfather to send him to a center for youth with disabilities in Davao City when he was 9.

It was there that he embraced a new family: the Maryknoll Sisters of St. Dominic at Our Lady of Victory Training Center. In 2000, Ernie relocated to Samal Island to serve as a housekeeper for the nuns.

That’s when he discovered his love of water.

“When I am in the water my physical disability was not visible,” Ernie explained to SPIN.ph. “I look like a normal person.”

Again, someone noticed him. A swimming coach, Jude Corpuz, saw Ernie’s desire to swim and invited him to join his swim team for persons with disabilities.

In 2008, Ernie entered his first swimming competition in the 2008 Philippine Olympic Festival, Manila Standard reported. But he was almost thrown out after forgetting his swimming trunks. He pleaded with officials to let him compete in his heavier cargo pants – something that left him at a disadvantage. Still, he finished second and captured the attention of the winner, Arnel Aba, who took Ernie to Manila to join the national team.

Ernie’s career took off, and he competed worldwide, including in Indonesia, Malaysia, Singapore, Myanmar, India, Japan, New Zealand and Italy, SPIN.ph reported. He returned home with more than a dozen international medals.

In a five-minute film released in 2017 called “Gawilan,” Ernie revealed his passion for swimming and his reliance on the love and support of his family and coaches to be his best – and to overcome the bullies.

“I used to hide myself. I used to be ashamed of myself, ashamed of why I was born like this,” he said. But, he added, because of swimming, “I felt like I escaped from a shell.”

“There’s a purpose for us in this world,” he stressed. “We need to be fighters in life.”

While he didn’t verbally mention God’s role in his life, the camera captured him praying with a rosary. He’s also open about his faith in both media interviews and on social media.

While training for the 2016 Paralympics, he credited God for his recovery after becoming ill.

“Last month I got sick, sir, but I was able to get back because of my faith in God. Without Him I cannot make it, I trust everything in Him,” he told SPIN.ph.

On Facebook, he has shared Bible verses and writes messages like “God is the key.” And, in a 2019 Instagram post, he thanked 7th grader Rose Charlize Bustos, a fellow teammate, for writing a piece about his faith. In it, she shared her admiration for Ernie, or “Kuya Ernie,” as “we call him in our swimming club.”

“I did not care about God before,” she quoted Ernie as saying. “I blamed Him of what I have become, of how He created me, and my ending to be unloved and alone.”

That changed, he said, when he encountered God through swimming.

His young friend Rose concluded, “Indeed, God has never abandoned him.” Instead, “He gave him the life that Kuya Ernie never imagined.” 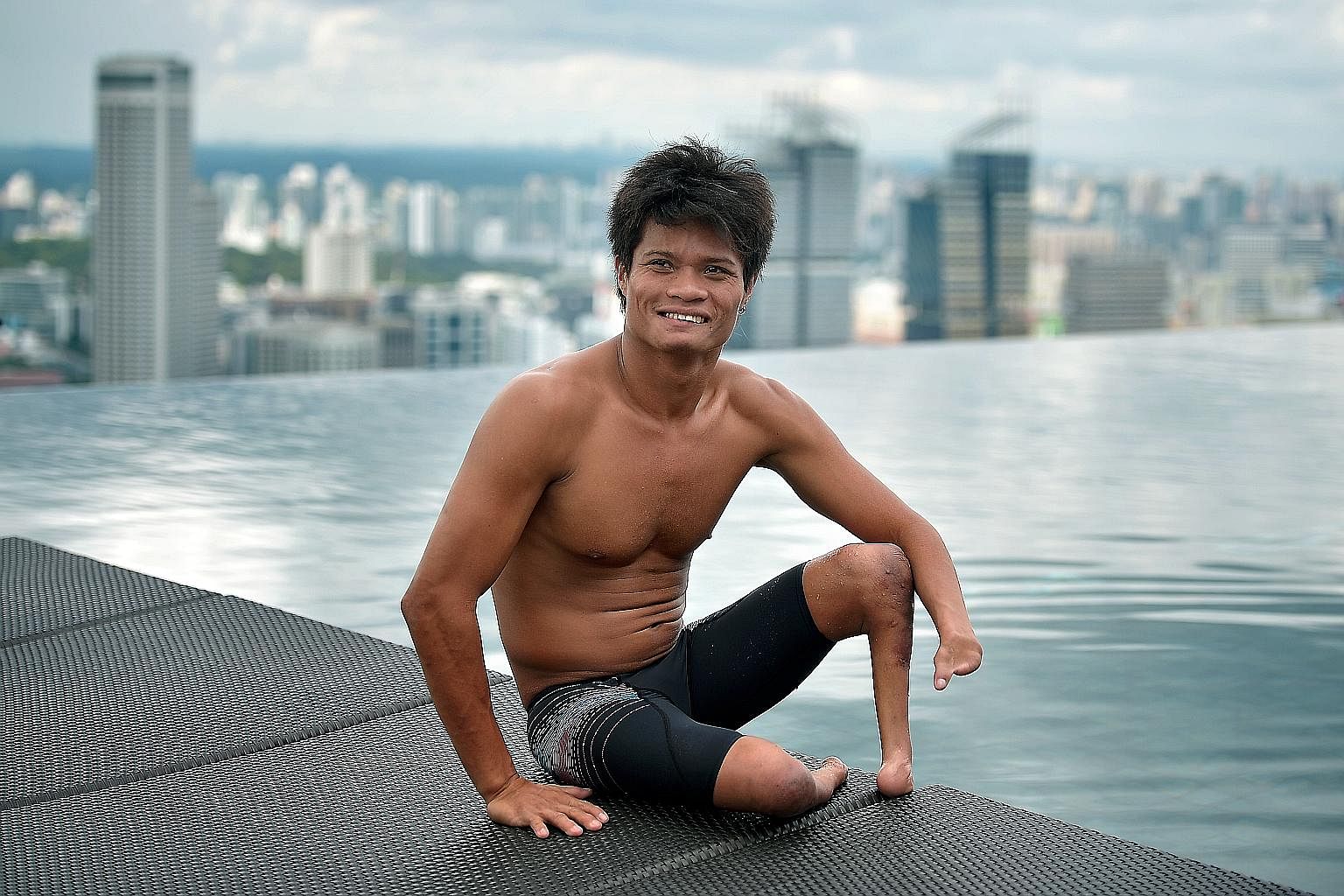 The post Man Who Lost His Legs in Botched Abortion Now a Champion Swimmer appeared first on LifeNews.com.