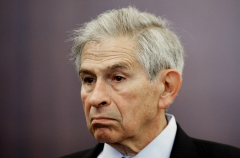 It took just 11 days, but the U.S. lost another war. Washington and its mostly NATO allies spent 20 years, thousands of lives, and trillions of dollars to construct a political façade in Kabul, which disappeared almost overnight without a trace. Now the Biden administration is frantically attempting to rescue American and allied citizens, as well as friendly Afghans desperate to avoid being transported back into the 7th Century AD again.

As if the recently concluded war was not enough, however, a kettle of uber-hawks is proposing grand new misadventures in Afghanistan. Why anyone would expect the results to be different than before is mystifying. However, the War Party is never discouraged, chastened, or humbled. It moves ever ahead, concocting new conflicts for the American people to go fight and in which to die.

Consider the not so simple task of evacuating tens of thousands of people from Kabul, a city now occupied by America’s recent military adversaries. The airport has been thronged by Afghans hoping to hop a flight to somewhere, anywhere, that will welcome the future. U.S. troops control the airport’s military side, but Taliban checkpoints ring the facility. American and allied citizens as well as Afghans who aided the allied cause are scattered about the city of more than four million — many in hiding — and elsewhere around the country. Although the Taliban is allowing foreigners through the checkpoints, Afghans have found the journey to be much rougher.

This terrible situation reflects U.S. incompetence as much as Taliban cruelty. And without formal gathering points elsewhere in the city, there is little Washington could do, even with a larger military force, which has led to proposals for renewed intervention to rescue Americans and Afghans.

For instance, Paul Wolfowitz, George W. Bush’s deputy secretary of defense, who did so much damage to America and the Middle East through his malign role in the Iraq imbroglio, recently advocated rescuing undefined “deserving people” if stuck in Afghanistan: “a covert-action directive should be issued to U.S. intelligence agencies, working with the Defense Department, to establish an ‘underground railroad’ out of Afghanistan after our official military presence ends.” Getting more people out even after American forces have departed is a worthy objective, but a military operation likely would leave Afghans worse off. Inserting armed Americans would risk discovery, combat, and capture, and increase regime paranoia. This would encourage tougher internal security measures and more intense repression, rather than relaxation of social controls, which the U.S. and Europeans hope to promote.

The Wall Street Journal, long a cheerleader for endless war, urged Washington to mount a much more aggressive military campaign: “Joint NATO forces can expand the airport perimeter and create a corridor into Kabul city with more points of access to the airport for Americans, NATO nationals, and Afghan SIV candidates. Special forces can conduct rescue missions in difficult to reach areas. The U.S. can establish military hubs outside the airport and around the country where evacuees can assemble for transport. Why should the U.S. and its allies limit themselves to the Kabul airport, which the Taliban could cripple by bombing the runway?”

Alas, such a plan would merely shift the problem of access. Whatever perimeter the U.S. establishes, the Taliban could draw another line beyond, separating evacuees from the means of escape. A corridor would allow access only to those able to reach it. Individual rescue missions, whether via helicopter, vehicle, or foot across Kabul would invite ambushes and clashes.

Establishing military hubs and occupying airports elsewhere in the country would be even more dangerous. Smaller detachments isolated in Taliban-controlled territory would require active defense. To reach these points, potential evacuees would have to travel on insecure roads through the Taliban-dominated landscape. Allied evacuation flights could be delayed or halted by the country’s new rulers or radical freelancers. Urban combat in Kabul or elsewhere would result in heavy civilian casualties.

Wall Street Journal columnist Peggy Noonan exhibited even greater recklessness. Of the unknown number of Americans left in Afghanistan, she wrote: “They must be rescued, wherever they are. If we have to fight our way to them, we fight our way.” Don’t worry about cost: “send in more troops and air power if needed.”

Channeling her inner-George Patton, she wrote: “The road to Kabul airport should be smashed open and kept open by whatever means – whatever it takes. If Bagram Air Base needs to be reopened under U.S. control, reopen it. Throw in everything you’ve got. The administration, which is talking to the Taliban, should make it clear that this is what we are doing, that nothing will stop it, the rescue is going to happen. If it means blowing way past the Aug. 31 fixed departure day, blow past it.”

Such an operation in a city crowded with refugees could not help but be messy. Think “Black Hawk Down,” but with the opposition numerous, determined, well-armed, and newly triumphant. Such a fight could act as a call to jihad for a movement otherwise focused on consolidating control of Afghanistan. Yet the U.S. does not have heavy reinforcements within easy reach. And attempting to land additional units at urban airports under fire could lead to catastrophic results.

Verging on a looney tunes adventure was retired general Don Bolduc’s proposal for a six-to-eight-month operation to seize all of Afghanistan’s airports, establish transportation corridors throughout the country, and extricate untold numbers of people. With only 6,000 more troops, he claimed, the U.S. could occupy the country and set the Taliban to flight. Seriously? Then how did the Taliban triumph? What if recalcitrant Taliban fighters tested some of their newly captured American weapons on U.S. military personnel and putative refugees? The mind boggles.

However, none of these suggestions compare to the proposal from Charli Carpenter of the University of Massachusetts Amherst to restart the war, only with a humanitarian gloss and against both sides. If Washington was unable to defend the government that it created from the Taliban, no worries. Just announce a new humanitarian mission to bomb both the Taliban and the regime Washington had created and supported for two decades if they harm civilians.

Wrote Carpenter a couple weeks ago, when there still theoretically were Afghan government military units in the field: “the Biden administration needs to simultaneously re-engage air power at the international community’s behest – on Afghan civilians’ behalf rather than Kabul’s – while shifting the narrative about what a U.S. presence in Afghanistan is all about. And crucially, the United Nations should marshal all its political will to assist, including authorizing such action under Chapter VII of the U.N. Charter or, if that vote should fail, a ‘Uniting for Peace’ resolution under the U.N. General Assembly.”

In essence, Carpenter suggested that if only America had begun to bomb the Taliban and Ghani government for the U.N. rather than the Taliban for the Ghani government, disaster would have been averted. The Afghan people would have been happy, Kabul would have held firm, and the Taliban would have halted their triumphant advance across Afghanistan, agreed to U.N. peacekeepers around the country, abandoned their quarter-century campaign to rule the country, and joined their enemies in holding hands and singing Kumbaya. Peace would reign even as the Biden administration withdrew its forces from Afghanistan. No problem!

Carpenter compared her idea to earlier campaigns in the Balkans and Libya. However, neither offers a model for Afghanistan. In those cases, the U.S. freshly intervened, in dramatic contrast to Afghanistan, in which the U.S. had been attempting to defeat one of the combatants for two decades.

Moreover, neither the Balkans nor Libya involved genuine peacekeeping operations. For instance, after Yugoslavia’s breakup, the U.S. went to war against ethnic Serbian forces everywhere but failed to act against other ethnic groups committing atrocities against Serbs. Indeed, U.S. officials refused to even call the Croatian military’s expulsion of tens of thousands of Serbs from the Krajina region “ethnic cleansing.” Some U.S. officials considered the Kosovo Liberation Army to be a terrorist organization – before Washington officially made it a military partner and stood by as it later conducted ethnic cleansing.

In Libya, the U.S. and European governments labeled a low-grade regime change operation “humanitarian.” The allies cited Muammar Gaddafi’s threats against armed rebels in Benghazi as if he were threatening civilians, even though his government, repressive though it was, had massacred no one. Deceitfully packaging regime change as a humanitarian operation in a U.N. resolution, which won Chinese and Russian support, angered these two permanent members of the Security Council, which are unlikely to back any future requests for similar authority.

The Afghan war went on far too long. Biden was right to withdraw U.S. forces. He botched the job, but those who originally turned Afghanistan into an endless war are most to blame and have no credibility to complain. Their plans for additional rounds of hostilities should be dismissed with derision.

Doug Bandow is a senior fellow at the Cato Institute, served as a special assistant to President Ronald Reagan, and has authored a number of books on economics and politics. He writes regularly on military non-interventionism.