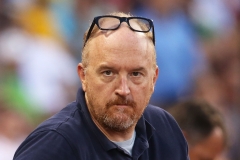 Louis C.K. starts his 24-city comeback tour on Aug. 13 and 14 at Madison Square Garden. Whether or not he has been rehabilitated remains to be seen. The test will come during and after the show.

Louis C.K. has used the “c-word” when talking about Sarah Palin and has joked about the Parkland shooting survivors. We know him at the Catholic League for making jokes about the crucifixion of Christ and his remark about Pope Benedict XVI “f***ing boys.”

In November 2017, the New York Times ran a story about Louis C.K. being accused by five women of sexual misconduct. One story, from 2002, recounted the tale of two female comedians who accepted his invitation to go back to his hotel room for drinks.

Regarding this last item, it might be best if he asked for the advice of Jeffrey Toobin at CNN on how to proceed—he is a master of the subject.