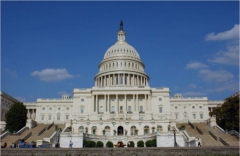 (CNSNews.com) – Governments in the United States added a net total of 240,000 jobs last month, rising from 21,813,000 in June to 22,053,000 in Jul, according to the monthly employment report released today by the Bureau of Labor Statistics.

The large overall increase in government employment was driven by local government education, where the number of people employed increased by 220,700 in July.

Employment also climbed in private education, rising by 40,000 in July.

“Staffing fluctuations in education due to the pandemic have distorted the normal seasonal buildup and layoff patterns, likely contributing to the job gains in July,” the Bureau of Labor Statistics said in its employment report.

“Without the typical seasonal employment increases earlier, there were fewer layoffs at the end of the school year, resulting in job gains after seasonal adjustment. These variations make it more challenging to discern the current employment trends in these education industries.”