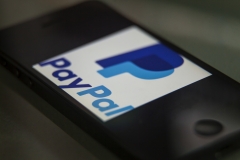 Republican solutions to Big Tech tyranny do not begin to address financial de-platforming, the cancellation of citizen dissidents en masse, including the infringement of the right to partake in the public square and make a living.

In their weak case against Deep Tech (“Deep” to denote enmeshment with The State), Republicans are still defending only some speech on the “merits,” rather than all speech, no matter how meritless.

In a sense, the statist anti-trust bills—targeting especially Apple, Amazon, Facebook, and Google—being pushed by lawmakers are worse than useless.

The anti-trust impetus is misguided as it conflates corporate size with anti-competitive practices: the larger, the more monopolistic. However, reducing the size of an entity–a corporation–doesn’t necessarily alter its nature.

When a malignant cell divides, it doesn’t grow less potent. To the contrary, it innervates and enervates more spheres. Likewise with breaking up Big Tech: Smaller malignancies metastasize and kill just as well.

The habitual failure of the representatives sent by Deplorables to D.C. to prevent cancellation en masse – the Orwellian nightmare — from unravelling cannot be understated. On the line is dissidents’ ability to speak, publish, partake in society, sell our cultural products, and transact financially over the country’s major online economic and social arteries.

No wonder the Tech crooks appear periodically on the Hill to make fun of the country’s comical representatives and their gullible, pliable voters. The richest man in the world, Jeff Bezos, has no qualms about letting his delivery drivers, who “operate under severe [app monitored] time constraints,” urinate in bottles for fear of losing their low-wage jobs.

Do you think the dim bulbs in Congress, posturing for the cameras, scare his ilk?

Do not forget that anti-trust busting or the repealing of Section 230 of the Communications Decency Act are solutions the GOP had failed to implement when in control of both chambers and the presidency.

It was under Republican control that de-platforming of a president, no less, the banning of legions of powerless dissident citizens, including detrimental financial deplatforming, “occurred.”

Given this incontrovertible reality, the people have an obligation to quit the “my party, right or wrong” unconditional love, and demand the GOP work to unban ordinary, innocent folks, the crooked politicians be damned.

Certainly, Section 230 solutions are insufficient to the task. Under Section 230 of the Communications Decency Act, explains the Guardian, tech companies currently enjoy broad immunity from civil lawsuits, stemming from what users post, because they are treated as “platforms” rather than “publishers.”

Section 230 shields social media companies from being legally culpable for user-published content on their networks.

What Republican reformers who never reform are advocating is that social-media censors be deprived of their state-grants of privilege and protections against liability. Thus depriving these social engineers and censors is more than reasonable.

However, ordinary folks – small, independent entities who’re excommunicated by social media – cannot afford to mount a legal challenge against conglomerates whose revenues are greater than the GDP of multiple G20 nations.

Yes, Section 230 is a cynical slap in the face of citizens. Repeal it. But, do not count such political tokenism as a solution to financial and social excommunication by the Big Tech superhighway.

To get an idea of erroneous Republican “thinking,” take Gov. Ron DeSantis’ “Big Tech” Bill. It most certainly doesn’t give private citizens deserving, unfettered access to the social media public square. His “Big Tech” bill is neither useful nor fair to the Little Guy or Gal—not unless he or she is prepared to and can afford to launch law suits. I can’t. Can you?

DeSantis has simply made “it illegal for large technology companies to remove candidates for office from their platforms in the run-up to an election.”

And I thought that The People’s representatives were supposed to further our interests, and not grease the skids for themselves and their oleaginous amigos!

This is near-useless tokenism in solving Deep Tech tyranny. DeSantis’ “Big Tech” bill’s beneficiaries are the politicians. They receive protections The People don’t.

By-the-by, has anyone heard a politician or a pundit speak of the cancelling and silencing of the speech of regular dissidents, who aren’t invited to bloviate on Fox News? I haven’t.

Recently, a typical Fox News segment dealt with Facebook’s decision to ban Donald Trump for another two years. Not a word did the unbanned, urbane elites anchoring the segment say about MAGA America.

My own hardly lowbrow websites have been banned by the slum dogs of Facebook for life, presumably, with no discernible way to appeal.

All you and I really deserve, as innocent, law-abiding individuals, is to have unfettered access to social-media’s irreplaceable public square – to Amazon, Facebook, Twitter, Google, Apple, PayPal and other banking facilities – without being singled out for excommunication absent a crime. What are we, social lepers?

No question, the Section 230 grant-of-government privilege must be done away with, but this conventional solution is insufficient for the self-serving reasons DeSantis’ bill is inadequate.

NEXT WEEK: The Solutions.

Ilana Mercer has been writing a weekly, paleolibertarian think piece since 1999. She’s the author of “Into the Cannibal’s Pot: Lessons for America From Post-Apartheid South Africa” (2011) & “The Trump Revolution: The Donald’s Creative Destruction Deconstructed” (June, 2016). She’s on Twitter, Gab, YouTube & LinkedIn; banned by Facebook, and has a new podcast.