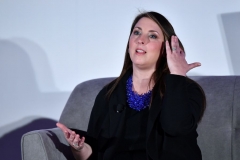 (CNSNews.com) – If Republicans had taken a “taxpayer-funded vacation and fled their state on private plane without masks, met with the vice president, got COVID, this would be all over the media,” and Republicans would be called “reckless and dangerous,” RNC Chairwoman Ronna McDaniel said Tuesday.

The White House said that Vice President Kamala Harris’s doctor’s visit when she tested negative for COVID-19 was a regularly scheduled visit and not because of her contact with the Texas Democrats she met with – six of whom tested positive for COVID despite being vaccinated.

“It’s a little crazy to say it was a regularly scheduled visit when it’s on a Sunday. I don’t know how many of us can get into the doctors on a Sunday, but that’s ridiculous. There’s so much hypocrisy here,” McDaniel told Fox Business’s “Mornings with Maria Bartiromo.”

“If Republicans had taken a taxpayer-funded vacation and fled their state on a private plane without masks, met with the vice president, got COVID, this would be all over the media. They’d be calling Republicans reckless and dangerous, and I can’t think of the other words they’d be saying, but now because it’s the Democrats doing this, it’s barely getting a mention from the mainstream media, and it shows the hypocrisy in the situation,” she said.

McDaniel said that Facebook showed how much power it has over the Biden administration when it forced the president to walk back his comments saying that Facebook is “killing people” by not censoring posts about COVID-19.

“Mark Zuckerberg must have called him, and said, hey, look at all of the donations we’ve given you. You better change your language, and sure enough he did. He switched it around really quickly, and I think this is something all Americans should be paying attention to. The White House and Big Tech are actively involved in censorship, and Big Tech has a big voice in this administration,” McDaniel said.

She pointed out that President Joe Biden and Vice President Kamala Harris were engaged in misinformation on the vaccines before they took office by casting doubt on the safety and efficacy of the vaccines.

“So what was misinformation a month ago is now the truth today, because suddenly the Biden administration deems it so and Big Tech can put these — these things on their platforms, and let’s not also forget. Biden and Kamala Harris were the ones actually sowing the doubt on these vaccines when Trump was in office,” McDaniel said.

“So it’s really interesting how misinformation could very quickly be a check on freedom of speech in this country, and we need to look at the balance, because they’ve had a lot of control over what’s said and done on these platforms,” McDaniel added.