Facebook executives were terrified of being blamed for a Trump presidential victory, according to a New York Times story. Those same executives later censored the Hunter Biden story that helped Joe Biden win the presidency.

Here’s The Times on the executive freakout at a possible Trump repeat:

“David Ginsberg, Facebook’s vice president of choice and competition, wrote that if Mr. Trump won re-election in November, ‘the media and our critics will quickly point to this ‘echo chamber’ as a prime driver of the outcome.”

Fidji Simo, the head of the Facebook app at the time, agreed.

“I really worry that this could be one of the worst narratives for us,” she wrote.

This is the same Facebook that violated its own rules to censor the Hunter Biden story before the presidential election. Director of Communications Andy Stone tweeted then that Facebook would be suppressing the New York Post story, saying, “While I will intentionally not link to the New York Post, I want be clear that this story is eligible to be fact checked by Facebook’s third-party fact checking partners. In the meantime, we are reducing its distribution on our platform.” [Bold added]

The International Fact-Checking Network’s Associate Director Cristina Tardáguila called that move “dangerous.” Yet now it’s pretty clear why they did it. Facebook executives were terrified about being called “a far-right echo chamber,” and didn’t want the blame for a Trump sequel.

The Polling Company which found that 9.4% of Biden voters said they wouldn’t have voted for him if they knew about the Hunter Biden story. Some of those would have just not voted for president. The same poll also showed that a whopping 17% of Joe Biden’s voters would not have voted for him had they been aware of major stories censored by the media. These numbers even surprised me, and I’ve been fighting the media for decades.

The Times claimed reports that conservatives did well on the platform “drove executives crazy.” That the analysis came from Facebook software called CrowdTangle made it even worse.

This comes from a Times article complaining that the software showed “that pro-Trump commentators were spreading misinformation and hyperpartisan commentary with stunning success.”

The story highlighted “that right-wing commentators like Ben Shapiro and Dan Bongino were getting much more engagement on their Facebook pages than mainstream news outlets.”

The article underscored how much Facebook executives didn’t want to be associated with conservative content. Nick Clegg, Facebook’s vice president of global affairs, criticized the Crowdtangle data saying, “our own tools are helping journos to consolidate the wrong narrative.”

The Times actually complained about conservative “hyperpartisan commentary.” Liberal hyperpartisan content is fine at The Times. The article was written by technology columnist Kevin Roose who made a name for himself compiling the “@FacebooksTop10,” where he “posted a daily leaderboard showing the sources of the most-engaged link posts by U.S. pages, based on CrowdTangle data.”

Roose continued the major media claim that there is no censorship of conservative voices. “(If you’ve been under a rock for the past two years, conservatives in the United States frequently complain that Facebook is censoring them.)”

Yet even he admitted, “It’s also worth noting that Facebook can turn down the outrage dials and show its users calmer, less divisive news any time it wants. (In fact, it briefly did so after the 2020 election, when it worried that election-related misinformation could spiral into mass violence.) And there is some evidence that it is at least considering more permanent changes.”

In other words, more censorship.

Later in the story, Roose got to the heart of his complaint. There’s conservative views on Facebook. How dare we! There’s more:

“Mr. Zuckerberg is right about one thing: Facebook is not a giant right-wing echo chamber.

But it does contain a giant right-wing echo chamber — a kind of AM talk radio built into the heart of Facebook’s news ecosystem, with a hyper-engaged audience of loyal partisans who love liking, sharing and clicking on posts from right-wing pages, many of which have gotten good at serving up Facebook-optimized outrage bait at a consistent clip.”

Roose, it would seem, is furious that conservatives have access to conservative information that a paper, like The Times for example, doesn’t provide them. Can’t have that. His campaign has been a crusade to silence the right. And it found eager partisans among Facebook executives. 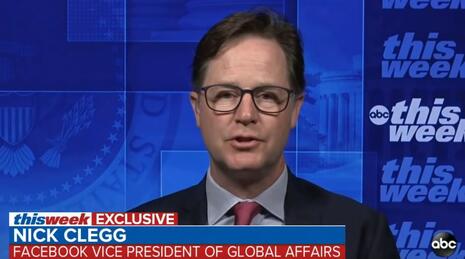