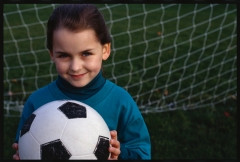 The new law, which goes into effect on Jan. 18, 2022, states that girls may play on girls sports teams and boys may play on boys teams based on their biological sex, as stated on their birth certificate (at or near the time of birth).

As written, the law prohibits transgender “girls,” who are biological males, from playing on a public school’s sports teams.

“The purpose of this Act is to further the governmental interest of ensuring that sufficient interscholastic athletic opportunities remain available for girls to remedy past discrimination on the basis of sex,” reads the new law.

State Rep. Valoree Swanson (R), who wrote the legislation (HB 25), said, “It’s so very, very important that we protect everything that women have gained in the last 50 years.”

Earlier this month, according to NBC News, Swanson said, “We need a statewide level playing field. It’s very important that we, who got elected to be here, protect our girls.”

In a statement from Equality Texas, which promotes the LGBTQ agenda, CEO Ricardo Martinez said, “We are devastated at the passage of this bill. … Most immediately, our focus is our community and integrating concepts of healing justice to provide advocates who have already been harmed by this bill with spaces to refill their cup and unpack the acute trauma caused by these legislative sessions. Our organization will also begin to shift focus to electing pro-equality lawmakers who understand our issues and prioritize representing the vast majority of Texans who firmly believe that discrimination against trans and LGB+ people is wrong.”

Martinez also said that transgender kids and adults should not be “debated but affirmed.”

Nine other states have enacted legislation similar to that in Texas.  They are Alabama, Arkansas, Florida, Idaho, Mississippi, Montana, South Dakota, Tennessee, and West Virginia.