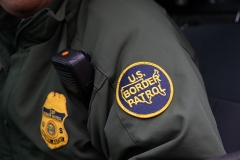 Axios reported this week that approximately 50,000 illegal migrants who were apprehended at the Southwest border have been released without a court date, on a promise that they would report to an ICE office within 60 days. Just 6,700 of those who crossed the border from mid-March to mid-July have subsequently presented themselves to the agency, however, which should surprise no one. It all raises many questions, the biggest being why such releases are necessary to begin with.

Here is how the system is supposed to work: Under Section 235 of the Immigration and Nationality Act (INA), aliens apprehended entering illegally must either be placed into expedited removal proceedings (meaning that they can be quickly removed without appearing before an immigration judge), or issued a Notice to Appear (NTA) and placed into removal proceedings.

When an alien in expedited removal claims a fear of harm if returned, the alien is sent to an asylum officer at U.S. Citizenship and Immigration Services (USCIS) to determine whether he or she has a “credible fear” of persecution.

Section 235 of the INA mandates that aliens who have entered illegally be detained throughout the entire process, from the point at which they are apprehended to either an asylum grant or removal.

As Axios reports, however, the Biden administration has ignored these congressional mandates, and simply released 50,000 aliens into the United States without even issuing them an NTA.

Instead of issuing NTAs, my Center for Immigration Studies colleague Mark Krikorian explained on July 16, CBP gives those aliens something called a “Notice to Report”, which directs them to show up at an ICE office within 60 days. There are significant legal differences between that Notice to Report and an NTA.

An NTA is like an indictment in a criminal case. Pursuant to section 239 of the INA, an NTA must provide the alien with certain information, including the grounds of removability and the time, date, and place of the first removal hearing (the “initial Master calendar hearing”).

NTAs have real legal effect. As the Supreme Court has recently held, service of a completed NTA cuts off an alien’s accrual of time in the United States for certain immigration benefits, and if the alien is properly served with an NTA and fails to appear at a removal hearing, the alien can be removed.

In contrast, Notices to Report have no congressional imprimatur whatsoever. Krikorian describes CBP’s release of aliens with such documents as “essentially immigration enforcement by the honor system,” and he is right.

The Axios article quotes DHS spokesperson Meira Bernstein, who asserted: “Those who do not report, like anyone who is in our country without legal status, are subject to removal by ICE.” That statement elides some key facts, because there is a difference between being “subject to removal” and actually being “removable.”

As noted, if an alien is served with an NTA and fails to appear for removal proceedings, the immigration judge must order the alien removed in absentia. As soon as ICE locates aliens with removal orders, its officers can immediately remove them.

If aliens are issued Notices to Report and fail to show up at ICE offices, however, even if ICE somehow comes across them, the agency still must issue them NTAs and give them the opportunity to appear in court. If the aliens doesn’t show up there, either, ICE will have to locate them again to remove them.

I say “somehow comes across the alien” above for a reason. Before aliens are served NTAs, their addresses in the United States are entered into numerous DHS databases. There is no reason to believe, however, that CBP is collecting such contact information on the aliens to whom it issues Notices to Report, or that ICE even is aware that they are supposed to report to begin with.

If ICE doesn’t know that aliens are supposed to report, it has no reason to go looking for them when they don’t, let alone any way to find them.

As I explained in February, the Biden administration has stated that such recent illegal entrants are one of ICE’s few remaining “priorities” for arrest, detention, prosecution, and removal, but the “Notice to Report” system doesn’t give ICE officers much to go on to start that process.

Nor does there appear to be any reason why CBP cannot simply issue those aliens NTAs.

Admittedly, CBP has its work cut out for it. The agency encountered nearly 189,000 aliens at the Southwest border in June, and Border Patrol apprehensions there have been at 21-year highs for the last three months.

The administration and its supporters have denied that the situation at the border is a “crisis,” however, and DHS Secretary Alejandro Mayorkas suggested in March the situation is not as bad as it appears because most apprehended migrants are being expelled under Trump-era Title 42 orders, which were issued by CDC in response to the COVID-19 pandemic.

There is some truth to that: Of the 178,000-plus migrants who were apprehended by Border Patrol in June, for example, slightly more than 103,000 (mostly single adults) were expelled under Title 42. That leaves just 75,000 aliens for agents to process for removal proceedings and issue NTAs to.

Border Patrol agents have routinely processed and issued NTAs to that many aliens monthly for the past two decades. So, what’s the problem?

Plainly, some paperwork is involved when agents expel more than 100,000 aliens a month under Title 42, but Mayorkas asserted that expelling single adults—the largest demographic group of apprehended migrants—“does not pose an operational challenge for the Border Patrol because of the speed and minimal processing burden of their expulsion.”

The Biden administration can’t have it both ways. Either the situation at the Southwest border is not a “crisis” and agents can comply with the law by issuing NTAs, or it’s the chaotic disaster it appears to be and CBP is so overwhelmed by migrants that agents cannot issue NTAs to them all. If it’s the latter, Biden needs to ask Congress for more CBP resources, because as the Axios report reveals, “immigration enforcement by the honor system” isn’t working.

Andrew “Art” Arthur serves as resident fellow in law and policy for the Center for Immigration Studies, a Washington, D.C.-based research institute that examines the impact of immigration on American society.

Editor’s Note: This piece originally appeared on the Center for Immigration Studies.