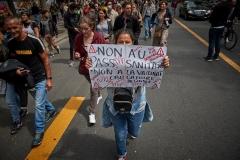 Berlin (CNSNews.com) – As COVID-19 cases pick up across Europe due to the “delta” variant of the virus, the German government says it won’t impose mandatory vaccine requirements, following controversial decisions to do so for healthcare workers in France, Britain, Greece, and Italy.

Speaking during a visit to the Robert Koch Institute (RKI) – the government agency for disease control and prevention — Chancellor Angela Merkel said there would be no obligation to vaccinate in Germany, as mandating shots could endanger public trust.

“I think we can gain trust by advertising vaccination and also by letting as many people as possible become ambassadors for the vaccine from their own experience,” she said.

According to the RKI Germany’s seven-day COVID-19 incidence rate increased to 6.5 new infections per 100,000 inhabitants, a small increase from 4.9 one week earlier but well below a peak of 195 per 100,000 last December.

Merkel stressed that coronavirus restrictions now in place would not be lifted until more people are vaccinated.

In Germany, depending on a region’s incidence rate, negative tests or proof of immunization is required to enter venues such as bars and restaurants.

British lawmakers voted in favor of the move, to take effect from October. The divisiveness of the issue was reflected in the vote, 319 to 246.

Prime Minister Boris Johnson confirmed on Monday that the lifting of restrictions, for England only, will go ahead as planned from July 19 – despite increasing COVID-19 cases.

The British Medical Association called the government’s plan “irresponsible and perilous,” warning that it would “give this deadly virus an opportunity to retighten its grip.”

The BMA did not comment on the mandatory vaccine rule.

The French government imposed similar rules the same day, saying any healthcare worker not vaccinated by September 15 would be suspended from work without pay.

At the same time, it said “vaccine passports” would be required from next month for anyone using public transport, or visiting bars and restaurants.

When announcing the measures, President Emmanuel Macron hinted at the possibility of making the shot mandatory for everyone if the pandemic worsens.

“Depending on the situation, no doubt we will have to ask ourselves the question of mandatory vaccination for all the French,” he said. “I have made the choice of trust and I am appealing to all our non-vaccinated countrymen to go and get vaccinated as soon as possible.”

In France, only 60 percent of care home workers, and 80 percent of private medics have received their first dose, according to the national health body.

Meanwhile Greek Prime Minister Kyriakos Mitsotakis said on Monday vaccines would be mandatory for nursing home staff, with those who refuse being suspended from work starting August 16. By September the mandate would be extended to all healthcare workers.

With effect from Friday, proof of vaccination will be required to visit indoor commercial areas in Greece, including entertainment centers, bars, theaters and cinemas.

“The country will not shut down again because of the attitude of some,” Kyriakos said.

Around 4,000 people gathered in Athens on Wednesday to protest the measure, as well as plans to open vaccines available to children 15 and older. On the same day, police in Paris clashed with hundreds of protesters rallying against the French measures.

Although the issue of mandatory vaccinations is a controversial one, Wolfram Henn of the German Ethics Council supported the idea, and called for teachers in Germany to be immunized too.

“Anyone who chooses of their own free will to work with vulnerable people takes on a special professional responsibility,” he told reporters. “We need mandatory vaccination for personnel in schools and nurseries.”

“Ethics do not depend on vaccination rates that we already have, but on the fundamental ethical obligation arising from a social obligation to protect patients by having oneself vaccinated,” he told Deutschlandfunk radio.

In a statement Tuesday, seven health organizations, including the Society for Healthcare Epidemiology of America and the Association for Professionals in Epidemiology and Infection, expressed support for mandatory vaccination for healthcare workers.

“A sufficient vaccination rate is unlikely to be achieved without making COVID-19 vaccination a condition of employment,” they said.

Not all shared that view, however.

“Nothing but vaccination helps,” he told German radio.

Social Democrat politician Karl Lauterbach, a professor of epidemiology, said most doctors and nurses had already been vacciniated, and warned against coercive measures in general.

“If we do that now, we would give a very clear signal that we could also make vaccination compulsory in other areas,” he said.

The European Centre for Disease Control estimates that, by the end of August, the delta variant will account for 90 percent of all COVID-19 infections in the E.U.

“This makes it essential for countries to speed up vaccination programs, including delivery of second doses where recommended, and to close the immunity gaps and opportunities for further emergence of variants, as soon as possible,” it said in a statement.