Benedetta is a profane trash heap about 17th century lesbian nuns that’s full of violence and extremely gratuitous sex scenes between women whose vocations are supposed to involve a life of dutiful chastity before God. Supposedly it’s based on a true story. And of course this kind of disgusting, subversive content sets just the right mood for the foreign film fest circuit, and apparently Benedetta is all the rage at this year’s Cannes Film Festival.

Hey you know, this is timely. As Catholic churches in Canada and Latin America are being burned to the ground by the demonic left, Verhoeven’s taking a cinematic torch to Christ’s earthly establishment as well.

The Hollywood Reporter‘s review took the film seriously. Sure, scandalize Christianity in the most disgusting manner possible, and let’s ponder it earnestly, shall we? THR called Verhoeven “a scholar, of sorts, on the teachings of Christianity,“ But but said he’s willing to “challenge them — or more like torture and blaspheme until they’re begging for mercy — in his latest boundary-pushing drama.”

Why yes, let’s take the most sacred thing in reality and smear excrement on it. That’s real “boundary pushing.”

THR admitted the film could be written off as “ludicrous” or “over-the-top,” but threw it a lifeline, saying there “is a method to Verhoeven’s madness”:

Benedetta is about a woman clawing her way to power in a male-dominated world, gradually finding her own voice and then achieving emancipation.

Oh so, it’s actually a film about women’s empowerment? And scene where the most important and holy woman in history is reduced to a sex toy really drives that home, right? 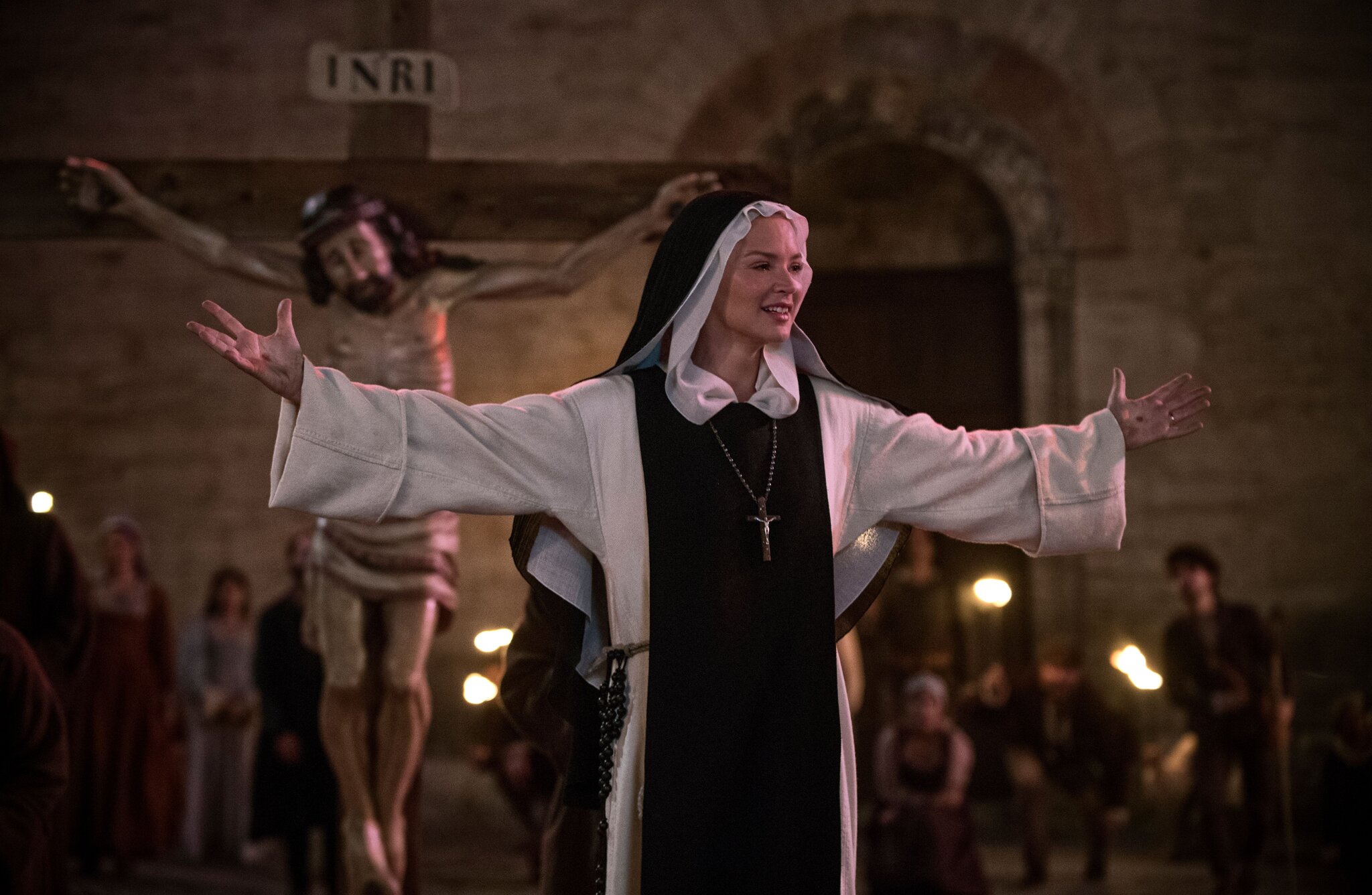