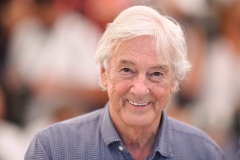 Worldwide, there are upwards of 1 billion Protestants, 1.4 billion Catholics, and 1.8 billion Muslims. While Catholics revere Our Blessed Mother the most, the majority of Muslims, and many Protestants, hold the Virgin Mary in high esteem.

Atheist film director Paul Verhoeven, who has a history of bigotry, both in print and on the screen, wants them to know that he has been thinking about them. His latest contribution to hate speech is “Benedetta,” a movie designed to stick it to all of them, especially Catholics.

The film “was inspired by real events,” which means it is not an accurate portrayal. No matter, Catholic bashers believe every bit of it. The movie is based on a book by Judith C. Brown called “Immodest Acts: The Life of a Lesbian Nun in Renaissance Italy,” which features 17th century lesbian nuns who have gone off the rails.

Given our gay-crazy world, where every perverse act is not only tolerated, but celebrated, it is not surprising to learn that “the audience at the Cannes press screening applauded the film’s blasphemous nerve.” Another film critic noted that at her screening, “the movie was received with shocked laughter and applause,” yielding a “five-minute standing ovation.”

What were they so happy about? Benedetta, the star nun, has visions of having sex with Jesus, “a lanky-haired, high-key jealous hottie.” “When Benedetta orgasms,” Rachel Handler writes, “she screams, ‘My God!’ and ‘Sweet Jesus.'”

The Telegraph, an English newspaper, was delighted. “Could anything be more Verhoeven than using a wooden Mary as a sex toy?” When Verhoeven was asked if he thought the film was blasphemous, he denied that it was. It is also true that the Klan deny they are racists.

The only prominent media source that was truly critical was Variety. It called the film pornographic, saying that Verhoeven is more interested in “kink” than anything else. “Simply put, ‘Benedetta’ intends to offend,” amounting to “just another entry in the tawdry nunsploitation genre.”

Verhoeven is correct to say that not everyone will be offended by the movie. “Actually, I don’t think the film will be scandalous—at least not in Western Europe.” He’s right. Western Europe is a fully atomized secular oasis.

“Maybe Americans will be different,” he notes, owing to “more puritanism” there. In other words, Catholics, Protestants, and Muslims who are insulted by his insults are puritanical and need to become more tolerant of his intolerance.

Verhoeven is no stranger to the Catholic League. He spent two decades co-authoring an offensive book that he hoped would become a movie; it never made it to the big screen. But his work, “Jesus of Nazareth,” did tell us what he really thinks.

Jesus was not the son of God, the Dutchman says, and his mother, the Virgin Mary, was probably raped by a Roman soldier, resulting in Jesus’ birth. Moreover, Jesus never performed any miracles and Judas Iscariot was not responsible for Jesus’ betrayal. And how does he know this? He doesn’t. He feels that it may be true.

The hatred of Christians in many parts of the world these days results in torture, imprisonment, and death. In Western Europe and North America, the Christian haters do not resort to violence: They just seek to disparage and silence them. That’s why Verhoeven delights them—he appeals to the sickest appetites of these fully deracinated people.