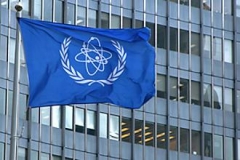 Berlin (CNSNews.com) – Amid reports that Iran plans a further increase in its uranium enrichment, foreign ministers from Germany, Britain and France are calling on Tehran to resume negotiations and restore access to international inspectors.

In a joint statement the ministers said they “note with grave concern the latest report by the International Atomic Energy Agency (IAEA) confirming that Iran has taken steps in the production of enriched uranium metal.”

“Iran has no credible civilian need for uranium metal R&D and production, which are a key step in the development of a nuclear weapon,” they said.

The ministers found it “all the more concerning” that Iran has “significantly curtailed” access to inspectors from the U.N. nuclear watchdog.

The three European countries, parties to the Joint Comprehensive Plan of Action (JCPOA), urged Iran to return to compliance with the 2015 deal, and to return to negotiations in Vienna aimed at reviving it.

The Obama-era agreement sought to limit Iran’s nuclear program in return for sanctions relief. President Trump withdrew in 2018, and despite European efforts to keep the deal alive the regime in Tehran then ended its compliance. In a series of steps, it exceeding the limits – in both quantity and levels of purity – of enriched uranium stockpiles allowed.

The joint statement came in response to an IAEA report which said Iran now aims to produce uranium enriched to 20 percent for fuel for its research reactor, and uranium metal enriched up to 20 percent.

The U.S. called Iran’s decision an “unfortunate step backwards” but suggested the window to resume the nuclear agreement remains open.

“It is worrying that Iran chooses to escalate its non-performance of its JCPOA commitments, especially with experiments that have value for nuclear weapons research,” State Department spokesman Ned Price told reporters on Tuesday.

“It’s another unfortunate step backwards for Iran, particularly when we for our part have demonstrated our sincere intention and willingness to return to the JCPOA.”

Last month the Biden administration lifted some sanctions on Iranian individuals and companies involved in the country’s oil industry.

A sixth round of talks ended on June 20, with no date set for a seventh.

On Wednesday, however, Price sounded an optimistic note.

“Nothing is certain in the world of diplomacy, but I think we have every expectation that there will be a seventh round of talks at the appropriate moment, at the right time, and our team looks forward to being engaged in that next round of talks when it does begin,” he told a State Department briefing.

In another report, last week, the IAEA noted the presence of multiple uranium particles of anthropogenic origin at three locations in Iran that had not been declared to the agency.

A day before news of the latest IAEA report emerged, German Foreign Minister Heiko Maas had said he was confident a deal could be reached to save the accord “in the coming weeks.”

Adding to uncertainty about the way ahead was Iran’s recent election, which handed victory to the hardline judiciary chief Ebrahim Raisi, due to take office on August 3.

Raisi is the target of U.S. and E.U. sanctions over alleged human rights abuses, including his oversight of the execution of minors and the arrest of human rights lawyers.

Dr. Asif Shuja, a senior research fellow at the Middle East Institute in the National University of Singapore, said the sanctions targeting Raisi are bound to create challenges to efforts to strike a deal with Iran.

He noted in an op-ed for Modern Diplomacy that Raisi, in his first press conference after being declared the winner, “rejected any possibility of meeting with the U.S. President Joe Biden or negotiating either Iran’s missile program.”

“The fact that Ebrahim Raisi’s ideologies are in complete alignment with [supreme leader Ayatollah Ali] Khamenei, it may prove difficult in bringing out any change in Iran’s traditional posturing towards the U.S.,” Shuja said. “The result of all this will be Iran’s continued isolation from the West and its further tilt towards China.”